From best-selling author Riley Edwards comes another,
heart-stopping last chance military romance.
After the love of Lily's life and best friend dies in combat, she struggles to move on - until Carter Lenox enters her life. Carter has a secret, one that will destroy Lily. But when a terrorist hell bent on revenge tries to kill Lily, Lenox has no choice but to claim the one woman he should never have.
FREE - A Black Ops Romance
>> https://books2read.com/u/bP1W0Y  <<
Genre- badass military romance
Heat level - Smokin'
Over 18! Bad boy alpha military men use foul language and enjoy dirty talk.
ON SALE $0.99 -  Until 8/23

He was my first love…
I wanted him to follow his dreams. I wanted him to escape the life he hated. I thought I was doing the right thing by not telling him how I truly felt. Until it was too late, and my silence turned into my biggest regret.
Twelve years ago, Shane Owings died, taking my heart with him. I was left devastated and broken hearted. Time didn’t heal, as the years went on I only missed him more.

She was my best friend… the only woman I ever loved.
When I ran off to join the Army, I left behind everything I had ever loved. I thought I was doing the right thing, but my good intentions quickly turned into my biggest regret.
Every year on the anniversary of Shane’s death I watched as Lillian Nelson visited Shane’s grave and spilled her secrets to a dead man. Each year I hoped she wouldn’t be back, that her heart would finally heal and she would move on. But year after year she was back. So many times I wanted to reach out and comfort the beautiful woman, but I knew she would never forgive me. It was my fault Shane was dead.
Until… A terrorist shows up looking for revenge.
I had to come out of the shadows and protect the one woman I had no business falling in love with. 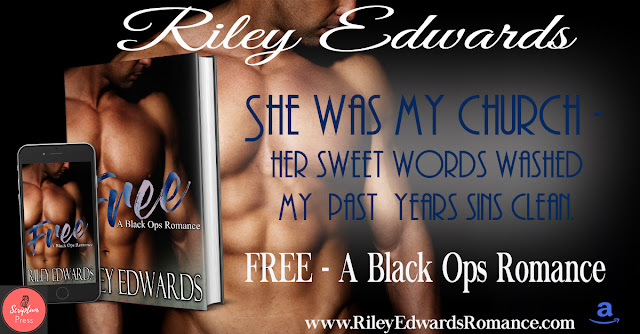 About Riley Edwards:
Riley Edwards is a best-selling multi-genre author, wife, and military mom. Riley was born and raised in Los Angeles but now resides on the east coast with her fantastic husband and children. Her two eldest children have flown the coop and are now serving in the US military. Riley also has a teenage daughter that is the source of laughter and wit around her house. Her youngest son is a "bad-ass" in training and is very much a mini version of his Alpha father.

Riley writes heart-stopping romance with sexy alpha heroes and even stronger heroines. Riley's favorite genres to write are romantic suspense and military romance. (Those are also her favorites to read.) She's known for her jaw-dropping plot twists. You know the ones? Those pivotal scenes in a story that when executed so flawlessly it leaves you breathless and begging for more? Yeah, those! She's mastered the art of blending suspense, romance, and smoldering sexy times. It's like Criminal Minds, and the Spice Channel mated, and a perfect love child was born.

To learn more about Riley's books, please visit, www.RileyEdwardsRomance.com. And don't forget to sign up for the Riley's Rebel's Newsletter. 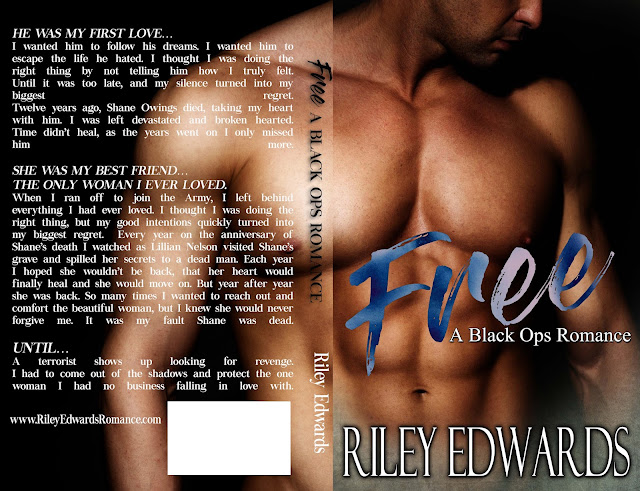