The San Amaro Singles Series by Kelly Jamieson just got a hot makeover! 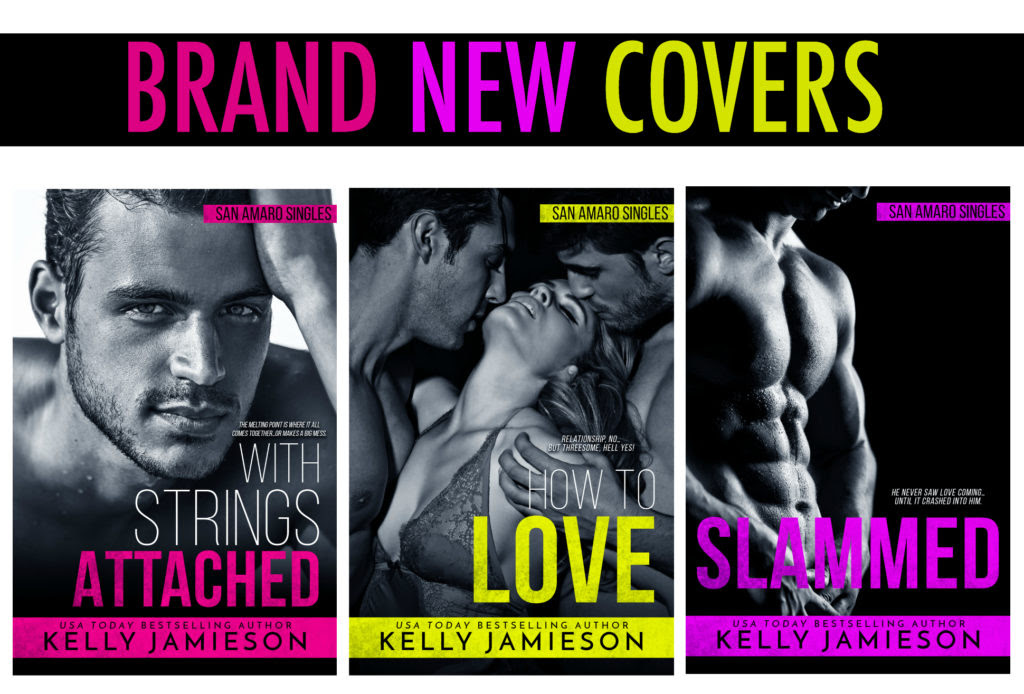 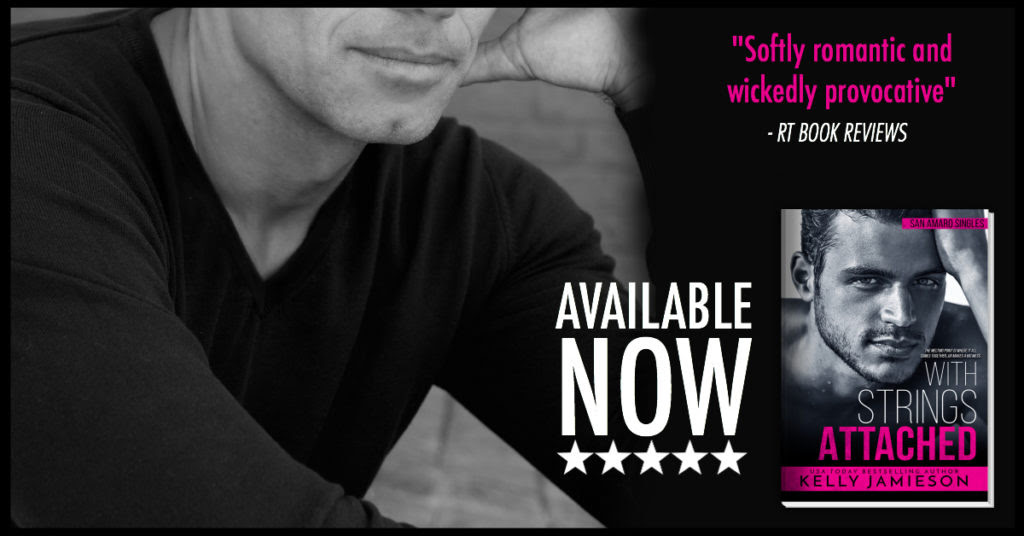 With Strings Attached (Book 1)
Two’s company…three’s a crowd… Corey Fenwick keeps her bitter past as hidden as the sweet centers inside the handmade chocolates she sells to a growing list of upscale customers. She’s learned that the only person she can rely on is herself, so her best-friends-with-benefits relationship with Matt is perfect—no strings attached. Matt Ferber watched his last girlfriend ride off on the back of a Harley with a rock musician after calling him boring.
He’s resigned to being “just friends” with women, so his arrangement with Corey suits him fine too. Until his old friend Dylan Schell rolls into town to hang out while recovering from a surfing injury. The sexy bad boy surfer makes Corey’s mouth water, and she figures a harmless fling won’t hurt, especially when Dylan suggests she come between him and Matt—in bed. It’s a win-win-win situation…until somehow there are strings attached. And too late they realize they’re getting all tangled up.

With Strings Attached by Kelly Jamieson
My rating: 3 of 5 stars

Corey has a friends with benefits arrangement with her buddy, Matt. She just does not want him to help her so much that she gets dependent. Why is she okay to have him help her with orgasms and not other things?

Matt and his buddy Dylan are giving Corey a taste of the forbidden. As they explore each other maybe all of them can learn what true intimacy is. Matt is so devoted to all those he cares about. Dylan has a secret that may rock their world.

These characters were up to some pretty hot stuff. I thought the heat was dialing up and up while I was reading. Is it hot in here? Anyway, true to form, this author had me hoping for a cool cloth while I enjoyed the escapades of these three. Start of a great series, cannot wait to read more.

***This copy was provided in exchange for an honest review. 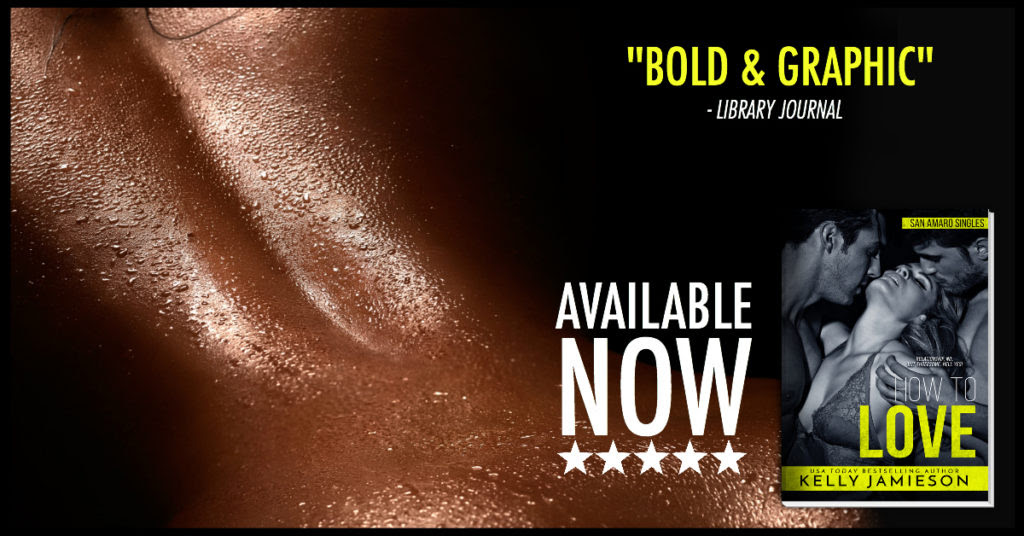 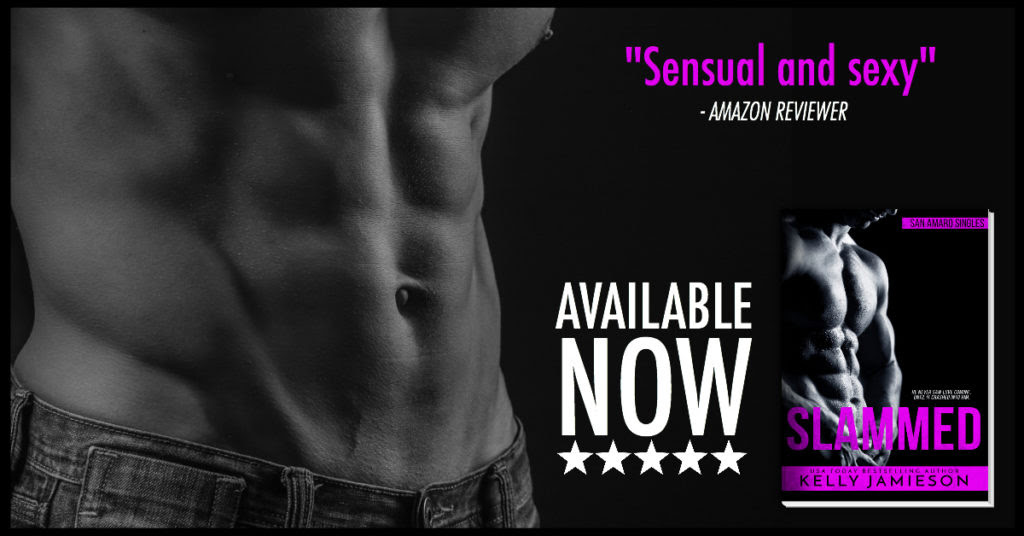 Slammed (Book 3)
Love’s a wave. And they’re about to get slammed. Brooke Lowry has a mission: fly to Tahiti, pluck PR nightmare Dylan Schell out of whatever party he’s in, bring him home and clean up his image. It was her idea for Jackson Cole clothing company to sponsor the pro surfer. But the chances of saving this deal—and her career—look pretty slim when she finds the sexy party boy “shooting the curl” with two beach bunnies. Dylan is finally getting back on track in his surfing career after a near-death accident.
The next big event would put him over the top…if it wasn’t being held in San Amaro, where he’ll have to watch his best friends Matt and Corey tie the knot and move on without him. What would help? A girlfriend so his friends don’t feel sorry for him. Brooke will do anything to get Dylan back to San Amaro — even be his date for a wedding. But suddenly Dylan finds himself facing a lot of things—his hometown, his past, his fears…and something he didn’t see coming…love. 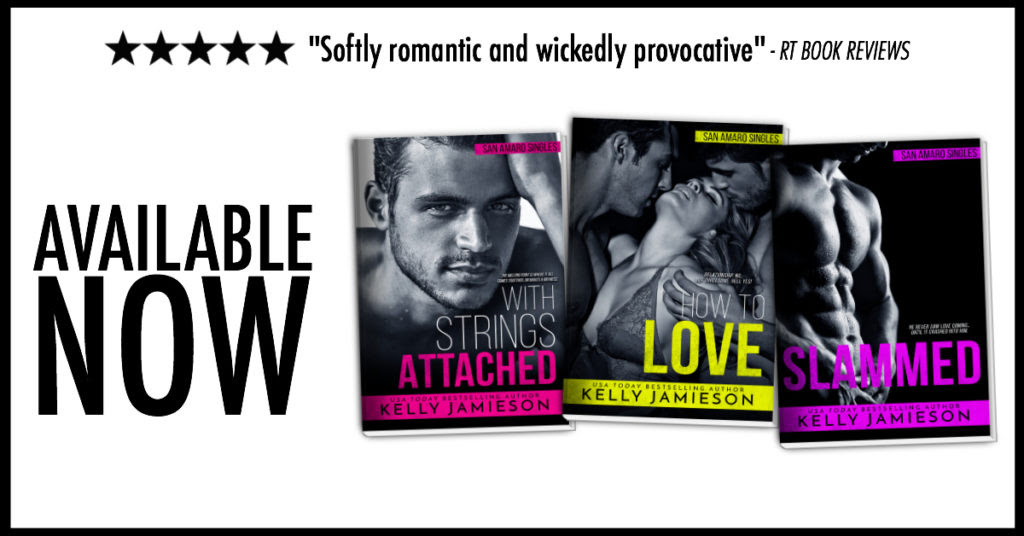