This holiday season unwrap a brand-new collection of hockey romances that includes humor, drama, love, and - of course - hockey!

**100% of the proceeds from sales of this anthology will be donated to charity.** 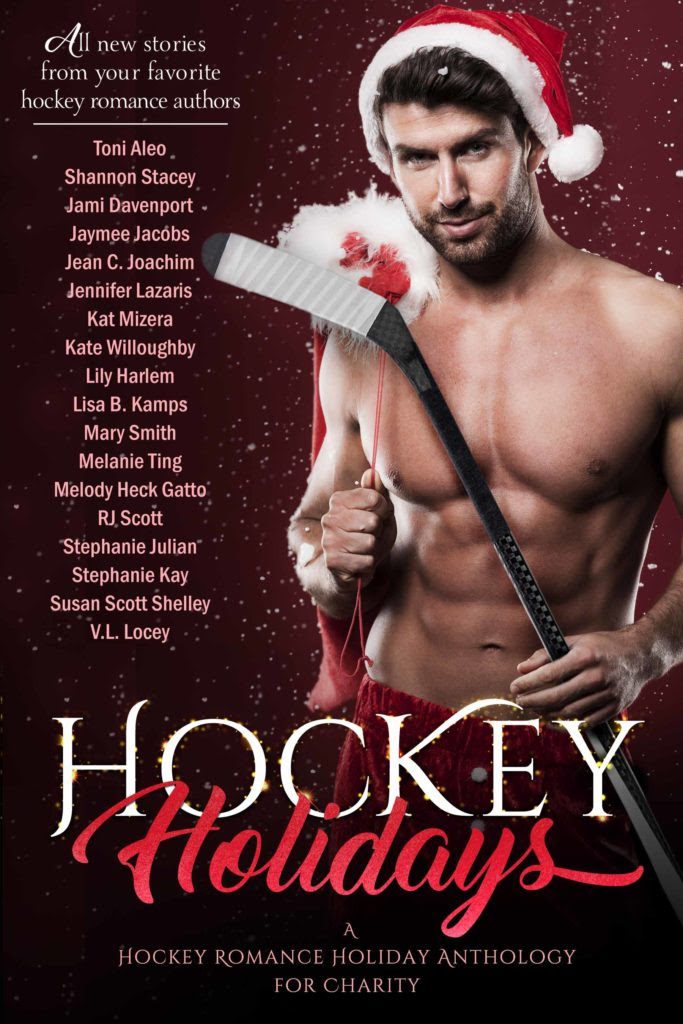 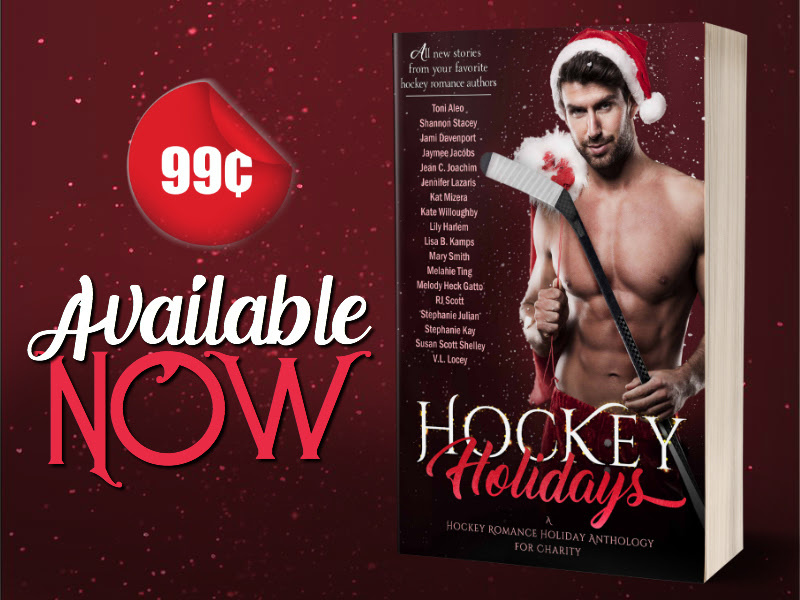 Each book is EXCLUSIVE to the anthology and NEVER BEFORE PUBLISHED by USA Today, New York Times, and all your favorite bestselling hockey romance authors.


How We Fell in Love (Ice Cats) by Toni Aleo
He knew she was the one, she wasn't so sure, which is why Grace and James' love story is one for the ages. A Second Shot by Shannon Stacey
She was the one who got away—the woman Erik Burke walked away from to focus on the game—but when their paths cross once again, all he wants for Christmas is the chance to take another shot at love.

A Wolfe Brothers Christmas (Game On in Seattle) by Jami Davenport
Spending their first Christmas together in years, the Wolfe brothers fumbling attempts to create good memories go awry.

Christmas Crosscheck (The Dallas Comets) by Jaymee Jacobs
Bryan's planning to propose to Georgiana on Christmas Eve, but will the chaos of their families’ first holiday together ruin their special moment? The Final Slapshot by Jean C. Joachim
Harry "Deke" Edmonds hides his secret, hoping for a Christmas miracle. When confronted with the truth, will his heart-breaking decision cost him both Kitty and the Huskies?

Lucky Holiday (The Las Vegas Kingsnakes) by Jennifer Lazaris
Vegas forward Tyler Quinn made the biggest mistake of his life when he broke Ella’s heart, and he’ll need more than an ace up his sleeve to win her back in time for Christmas.

His Christmas Cinderella (San Francisco Dragons) by Kate Willoughby
On his way to the team holiday party, Gideon Aguilar mistakes Bailey Peng for his Uber driver. After inviting her to join him, they make more than merry, but at the end of the evening, the sexiest, most captivating woman he’s ever met is nowhere to be found. Red-Hot Trouble (Hot Ice) by Lily Harlem
Sophie Delaney never intended to walk into ‘that’ locker room, at ‘that’ moment, but she did, it happened, and now she’ll never be the same again.

Christmas Interference (The Baltimore Banners) by Lisa B. Kamps
Shane Masters no longer believes in second chances, happy-ever-afters…or love. Can the woman who knew him best thaw his heart with a little holiday magic before it's too late?

The Devoted Father and the Introvert (The New Hampshire Bears) by Mary Smith Elexis Dunaway loves Twitter and work. Dag Limon loves his twin boys and playing professional hockey. Soon their worlds will collide with one simple tweet.


Her Best Worst Boyfriend (Vancouver Vice Hockey) by Melanie Ting
This Christmas, Em Davis is bringing Mr. Wrong home to prove a point to her parents. He’s arrogant, conceited, and uneducated, and they’re going to hate him. But what if Ian Reid turns out to be Mr. Right? Dallas Christmas by RJ Scott
Logan knows lusting after his captain's brother can only lead to trouble. But when fate throws him and the temptation that is Archie together, it’s hard not to fall in love.

All I Want (San Francisco Strikers) by Stephanie Kay
When fate finally brings first loves Maggie and Alex back to the same city, will Maggie be brave enough to give the relationship she never forgot a second chance? Or will she put their love on ice? Holding On Tight (Buffalo Bedlam) by Susan Scott Shelley
For Buffalo Bedlam defenseman Vince Forsberg and his boyfriend Joseph Parelli, the pressure to make their first Christmas together perfect leads to a lot of chaos, holiday mishaps, and some unexpected results. A Star-Crossed Christmas (Cayuga Cougars) by V.L. Locey
Two years ago, Mitch shared an explosive kiss with his childhood friend, Olympic snowboarder, Shaun. Will Christmas be the time for the two men to untangle lust from love, and find a future together that works?

The Playboy (Redtails Hockey) by Stephanie Julian
Kyle is back in the minors to rehab his career but that's not all he's hoping to fix. He wants to get back the girl he left behind, but convincing Leah to take another chance on this former playboy will be harder than making it back to the NHL. Hockey Holidays by Toni Aleo
My rating: 4 of 5 stars

This 18 book collection by some of the most amazing authors was such a treat to read! I loved the humor, heat, and you betcha - even the hockey that was represented in each story. I have 2 book reviews that I am sharing from this collection for you below.

A Second Shot by Shannon Stacey:

Heartwarming and truly charming, this short and sweet story has us on our toes as we read about a couple who should be together, but have been apart. Great read of sexy and fun.

Little bit of suspense mixed in with a sweet holiday story that brings a lot of sexy charm to the table. If you loved her men in their previous stories - you are going to be glad you grabbed this little bit of heaven. I do recommend that you read the Game On In Seattle series first, however, to avoid spoilers. Believe me this is worth it!

Each short story included gives a unique and truly hockey flavored look at romance. What I enjoyed most was that it gave me a chance to relax and enjoy love in my favorite sport.