Entangled Under The Mistletoe - Spotlight Review #1 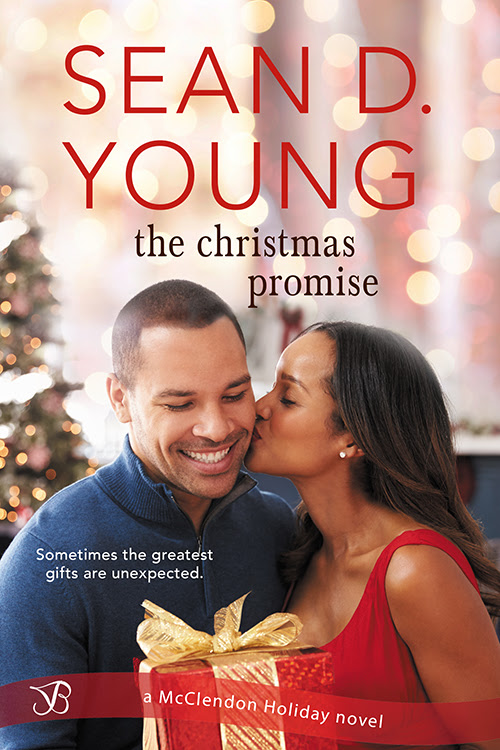 Jennifer McClendon is in need of a vacation. What better place to get away from everything than a sun-drenched tropical island? And there’s no better way to get over her ex and have some fun than to spend a little time with a handsome software engineer who’s also on holiday. What could it hurt? They won’t see each other again anyway.

Simeon Baker wants more than a holiday romance with the gorgeous woman he meets on vacation, but a tragic accident that almost ends his life leaves him in hospital for months, and he isn’t able to follow up on his promise to keep in touch. But Fate steps in four years after their magical island holiday, and Simeon realizes Jennifer didn’t only leave the island with good memories. If he can convince Jennifer to give them a chance at something permanent, this might just be their first family Christmas.

The Christmas Promise by Sean D. Young
My rating: 4 of 5 stars

This is book #2, in The McClendon Holiday series. This book can be read as a standalone novel. For reader enjoyment and understanding of the series, I recommend reading in order.

Jennifer is suffering from a broken heart and being ashamed. She travels for a vacation and meets the man who will change her perception of the world, as she knows it. Will she be able to turn to him when it counts?

Simeon falls head over heels for Jennifer almost immediately. They are certainly attracted to one another from the start. When tragedy strikes - can he be forgiven?

This was a book that was filled with so much. The compelling story tells of how real and harsh the world can be. These characters find love in such a beautiful place. I love the heat and the simple that are in this book. I cannot wait to read the next installment to the series.


***This early copy was given in exhcange for an honest review by Netgalley and its publishers.

Sean began writing romance at the encouragement of her dear friend Christian Fiction Author Jacquelin Thomas. After the release of her first two novels TOTAL BLISS and WITH THIS RING in 2005 & 2006, Sean continued to work diligently at her craft and her next novel. FROM THIS MOMENT, the second installment in the Hearts and Flowers Series, was released in January 2011.

At an early age, Sean found that she loved words and tried to read everything she could get her hands on. She joined her first book club “Sweet Pickles” at the age of 7. Writing would come later, when she wrote short stories for her own enjoyment, then she wrote the Easter play for the youth at her church at the age of 12. Sean, a graphic/web designer loves building websites and graphics almost as much as she loves writing her stories. She loves working in her church and lives in Northwest Indiana with her family.