The Poseidon team are hard-bodied, fiercely competitive Navy SEALs. But when a sensitive mission goes disastrously wrong, three of the team's finest will have to trust their hearts and instincts to uncover the truth…CALL TO ENGAGE will delight fans of UNDER PRESSURE by Lori Foster and A SEAL’S PLEDGE by Cora Seton! 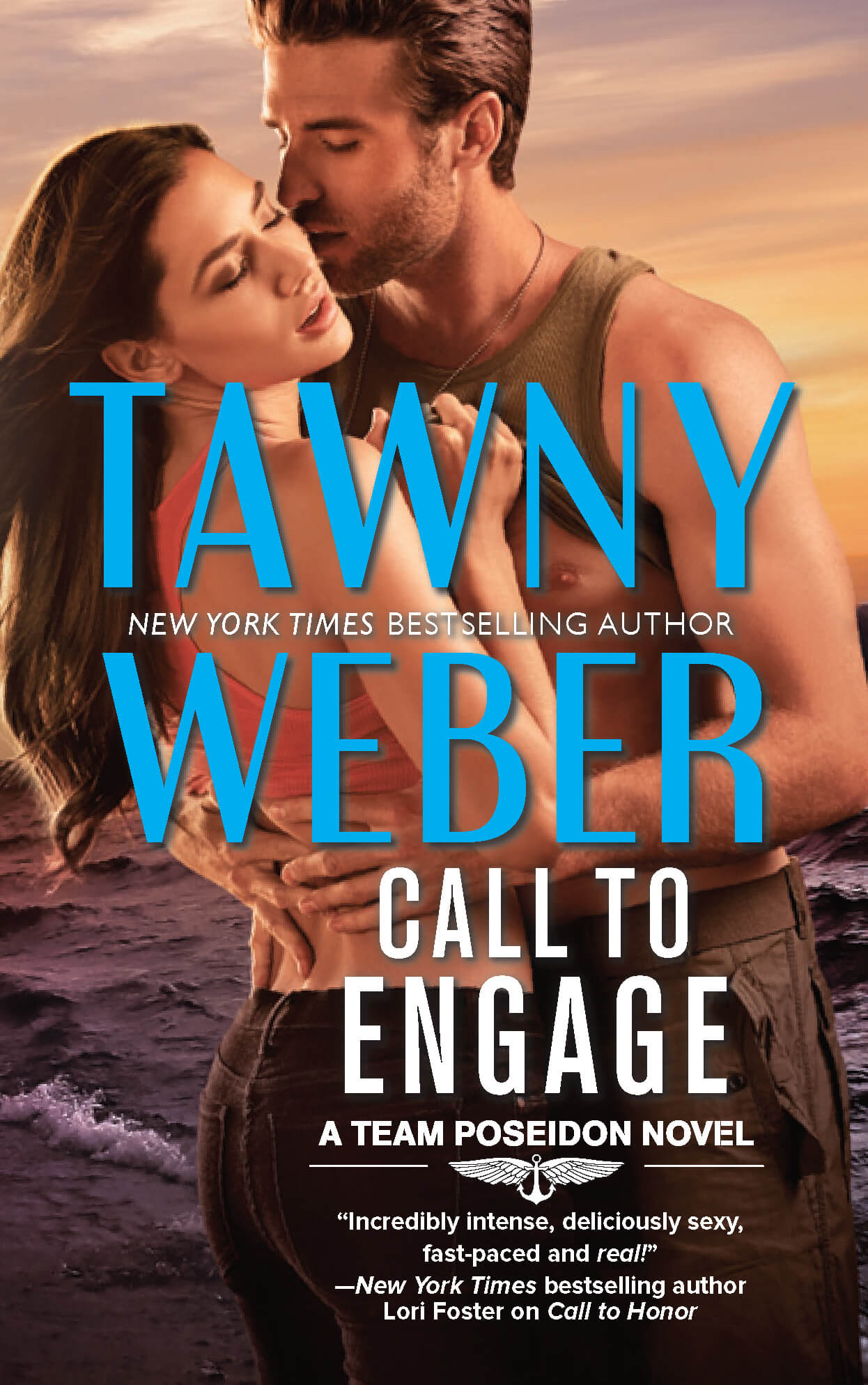 About Call to Engage:

Lieutenant Elijah Prescott should be spending his precious leave somewhere with sun, surf and scantily clad women. Instead, he's heading home with two goals in mind. Figure out exactly how his last assignment went to hell and almost killed him—and reconnect with the woman who might offer salvation.

Ava Monroe has streamlined her life, eliminating every source of pain—including a marriage touched by tragedy. One glimpse of her ex and those good intentions turn to bad-girl desires. Her strategy: get over Elijah by getting under him again, sating herself until she can finally let go. But as betrayal within the rank of the SEALs turns deadly, there's no denying that her heart and her life are on the line. Elijah is the only man who can protect both… 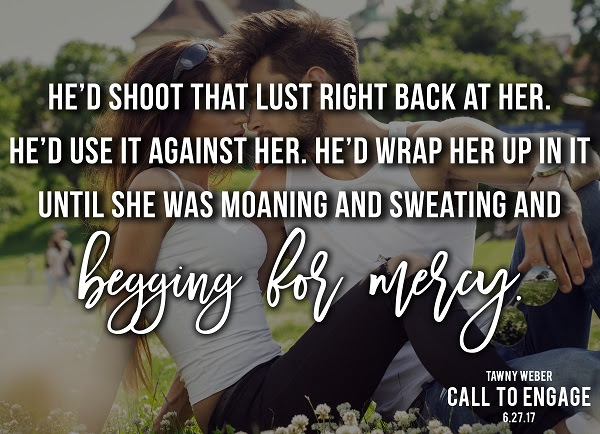 An excerpt from CALL TO ENGAGE

That was the only word in his head as the aftershocks trembled through their bodies.

And then he came down.

Not in a nice, slow, gentle descent, either.

Nope, he crashed like a plane plummeting from the sky to ram into a mountainside.

His ex-wife. The only woman he’d ever loved. The only one he’d ever wanted to love. The one who’d broken his heart into tiny little pieces and tossed them aside.

His body still slick with sweat, the scent of Ava wrapped around him like a second skin, Elijah wondered if she realized that while extracting her promise of no regrets, he hadn’t offered the same.

After all, Elijah knew just how pointless promises could be. Especially the ones between him and Ava.

His body spent, his mind worn, he couldn’t find anything left to offer up on the altar of past regrets, though. He wrapped his arm tighter around her shoulders. Ava responded by snuggling closer, her thigh nestled between his as she shifted her chin into the indention where his shoulder met his chest. Her breath fluttered over his throat, soft and easy in sleep.

Oh yeah, he knew he’d regret this in the morning. Hell—he glanced out the window, gauging the time from the angle of the moon—it was nearing dawn and the regret was already winding through him. Shoving aside pleasure, easing out satisfaction.

Closing his eyes against it, he drifted into sleep with her hand entwined with his, the twisted band of her ring rubbing gently between his fingers.

And he knew it for the talisman it was, the hope that lifted him from his nightmares.

If only for tonight.

Because nobody knew better than Elijah that tonight was all they had.

Call to Engage by Tawny Weber
My rating: 4 of 5 stars

This is the 2nd book in the Team Poseidon series. This book can be read as a standalone novel. For reader enjoyment and understanding of the series & characters, I recommend reading this fast paced series in order.

Elijah has a lot going on at work and in his personal life. He comes home to rest, and runs smack into his ex. He may be ready to make major changes in his life. If only he could decide between the professional and the personal that haunt him.

Ava is completely turned upside down to see her ex-husband. Too many memories just bombard her at the sight of him. Can she forgive and forget? It is obvious they still feel something for one another.... and hopefully they won't set anything but themselves on fire with all this heat.

Such an incredible series! This book shows that not only is this series getting hotter, but the author just kicks it up a notch with each story. I felt for the characters in this book. I could tell they needed one another. And...the sparks.... well let's just say you may want to read this on with the fan facing you. Something for everyone in this story. 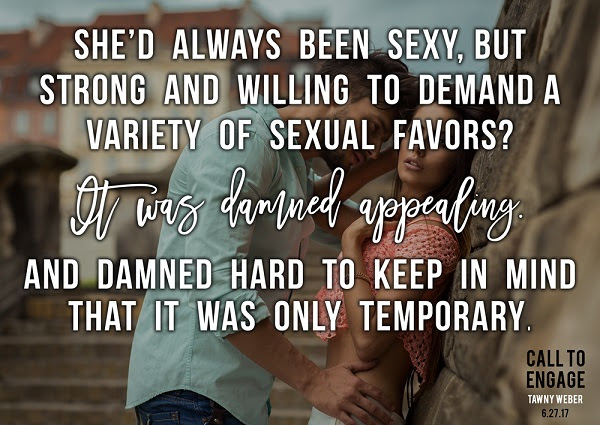 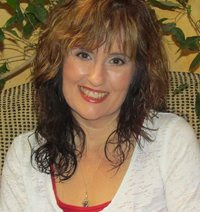 New York Times and USA TODAY Bestselling author of more than forty books, Tawny Weber loves writing about sexy heroes, most notably her popular Navy SEALs series. Her sassy, emotional romances are filled with men dedicated to being the best—and women determined to have the best. Tawny credits her ex-military alpha husband for inspiration in her writing, and in her life. The recipient of numerous writing accolades, including Romantic Times Reviewers Choice and in addition to the NY Times and USA Today bestseller lists, Tawny has also hit the number one spot on Amazon and Barnes & Noble.

A homeschooling mom, Tawny enjoys scrapbooking, gardening and spending time with her family and dogs in her Northern California home.

One (1) lucky winner a $25 Amazon Gift Card! To enter, simply fill out the Rafflecopter below: 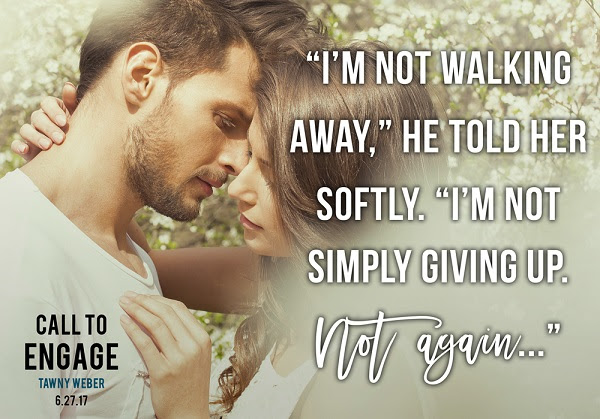