Release Day Blitz - In Over Our Heads

Anthony Vallen is the life of any party. Full of energy and fun, Anthony adores romance and enjoys playing matchmaker for his friends while dancing the night away with a series of Mr. Right Nows. But he’s given up on his own happy ending. A bad breakup years ago made him a secret cynic about love… until he runs into Walter Elkins—the boy who broke his teenaged heart—on a scuba-diving vacation in Key West. Suddenly, Anthony’s reasons for shunning romance no longer hold much water. Being with Walter again forces Anthony to get serious—about himself, his worth, and his heart’s desires.
Brilliant and self-contained, scientist Walter Elkins prefers deep thoughts to other people. He’s a good boss and a model citizen, but Walter doesn’t let anyone get close. After a tragedy drove him out of his science career, Walter landed in Key West and became owner of a dive shop and a bar. Things are fine until Anthony Vallen—the only person who ever penetrated his defenses—shows up, and Walter’s calm, controlled life capsizes. He and Anthony have a second chance for love, but Walter must confront the old fears that threaten to torpedo their happiness.

The door burst open, and Sophia sailed in with my morning cappuccino. She was humming under her breath and had that telltale postsex glow about her. I tried not to hate her too much.
“What’re you doing in here with me, doll? Don’t you have a sexy dive instructor to entertain?”
“She had to leave early.” Sophia handed me the mug. “She’s taking her group out on the ocean dive too, and she had to go to Back Bay to get the boat ready.”
I took a restorative sip of cappuccino. “Ahh. Well, I hope you didn’t tire her out too much last night. Or vice versa.” I winked at her, even though I didn’t feel very winky.
“Guilty on both our parts, I’m afraid.” Sophia smirked, then perched on the side of my bed. “Can we talk more about what’s going on with you and Walter?”
“Going on?” I blinked and buried my nose in the cup. “I mean, I told you guys last night. What more do you need to know?”
“Whatever it’ll take to help you and him figure yourselves out, because second chances like this don’t come around often.”
“God, not you too. You and Jonny need to start a group for incurable romantics.”
She straightened, her dark eyes snapping with intensity. “Caro! You’re the one who talks about destiny. This is your destiny!”
I sighed. She was so over the top sometimes. Must be her Italian blood. “Maybe my destiny is to be reminded to never let a guy walk over me the way Walter did.”
“I…. Look, Marco has a good point, and I agree with him that Walter needs to apologize. It was awful of him to drop out of sight. You so don’t deserve to be treated that way.”
“Right.” I put down my cup, having lost my taste for the cappuccino.
“But you two were barely out of high school. So young! People change. It certainly doesn’t seem in character with how he is now.”
“Doesn’t it?”
“Well, I mean, Walter seems so conscientious and thoughtful. Yes, a little gruff, but not someone who would knowingly hurt you. But maybe… safety seems to be a huge concern to him. And maybe he couldn’t stand that you almost drowned, and he couldn’t face you after that? Did he ever explain it to you?”
“No. I begged him to tell me why, and all he would say is ‘I’m not good for you. I don’t want to hurt you anymore.’ I guess the safety thing is the most plausible explanation. Because other than that, it’s bizarre that he would walk away and throw away a great thing. We were….” I paused, hit by an unexpected wave of grief. “Damn it, Soph, we were really good together. Yes, we were young, but we complemented each other so well. Like, I brought him out of his shell, and he calmed me down. And he took me seriously. He listened to me in a way no one but Jonny ever had before.” My eyes betrayed me by welling up.
“Oh, Anthony. That’s lovely. I can tell he still does. Take you seriously, I mean. He hasn’t been able to stop staring at you the whole time we’ve been around him. It’s obvious he still cares.”
Sophia’s words threw little daggers at my silly heart. Jonathan had said essentially the same thing. If they both thought Walter still cared for me, maybe it was true. And God, if it was true, I was in deep waters. I knew I should stiffen my backbone and armor myself with outrage. But I couldn’t. Still hung up on Walter Elkins? Guilty as charged. Convicted. Lock me up and throw away the key, because I had no hope of rehabilitation. I put my face in my hands for a moment. What a hopeless sentimental fool!
Luckily for my humiliation factor, Marco came barging in with a brilliant grin. “All right, darlings! Today’s the day! Scuba diving or bust! Get ready for the adventure of your lives.” He stopped short and peered at me. “You okay?”
Pulling myself together, I returned his smile. “Fabulous, doll! Off to the reefs we go to swim with the fishies!”

In Over Our Heads by CJane Elliott
My rating: 3 of 5 stars

This is book #2 in the Stories From The Shore series. This book can be read as a standalone novel. For reader enjoyment and to avoid spoilers, I recommend reading in order.

Anthony AKA "Tony" & Walter have a hot and heavy history that Tony is sure had its time and has since burned out. However, fate has more than one surprise in store for this couple. Can time and proximity change the result this time?

This book was such a roller coaster ride! Lots of happenings in such a small package. The MC's have excellent chemistry, however, I wish we had seen more actual couple time. This series seems to be heating up. Cannot wait to see what is next. 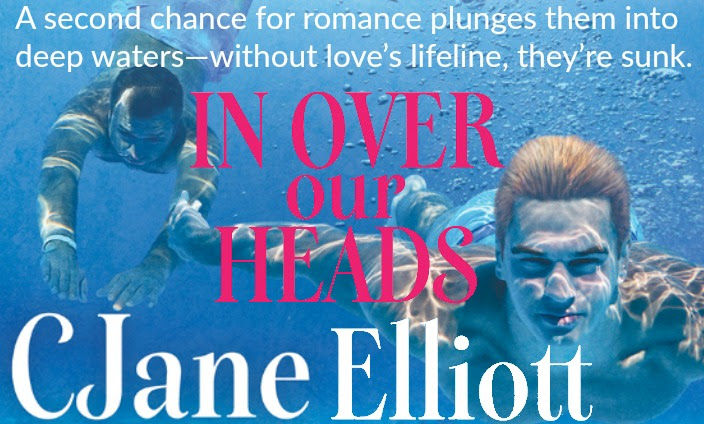 Celebrate the release of In Over Our Heads with a special sale: All the Way to Shore is on sale for 99 cents at Amazon through October 24 with that price matched at the Dreamspinner Press store October 16-24. 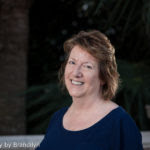 After years of hearing characters chatting away in her head, CJane Elliott finally decided to put them on paper and hasn’t looked back since. A psychotherapist by training, CJane enjoys writing sexy, passionate stories that also explore the human psyche. CJane has traveled all over North America for work and her characters are travelers, too, traveling down into their own depths to find what they need to get to the happy ending.
CJane is an ardent supporter of LGBTQ equality and is particularly fond of coming out stories. In her spare time, CJane can be found dancing, listening to music, or watching old movies. Her husband and son support her writing habit by staying out of the way when they see her hunched over, staring intensely at her laptop.
CJane is the author of the award-winning Serpentine Series, New Adult contemporary novels set at the University of Virginia. Serpentine Walls was a 2014 Rainbow Awards finalist, Aidan’s Journey was a 2015 EPIC Awards finalist, and Sex, Love, and Videogames won first place in the New Adult category in the 2016 Swirl Awards and first place in Contemporary Fiction in the 2017 EPIC eBook